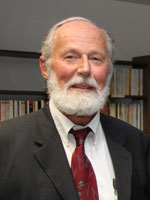 No serious policymaker in any country actually wants war, but they can stumble into it out of ignorance or naivete.  When people advance various conspiracy theories supposedly explaining American foreign policies that otherwise do not make sense, the best answer is to cite the doctrine of Occam’s Razor (from medieval European philosophy), namely, “Always take the simplest explanation first”.  The best answer, unless proven otherwise, is simple: stupidity.

Perhaps Da’ish (ISIS) as an ideology, defined as a closed system of thought, is the biggest long-term threat to peace, prosperity, and freedom in the world, because this ideology as a perversion of religion is quintessentially evil and plays into the hands of its Islamophobic copy-cats.

The biggest crisis, however, which is partially of America’s own making, is Russian expansion into the Ukraine.  This is not a product of evil but of old-fashioned politics.  All my life I have disagreed with Henry Kissinger’s dogma that power is the only legitimate aim of American foreign policy.  He fired me as his deputy for planning in the NSC on January 21, 1969, because my basic premise was that the ultimate aim of American foreign policy should be justice as conceived by America’s Founders and to some extent even practiced by them.  Nevertheless, I had to agree with Kissinger’s warning when Communism imploded in 1990: “Communism is gone, but Russia remains.  Russia has been and, given the opportunity, always will be an imperial power without limits”.

The White House and Germany necessarily emphasize their common bonds as the leaders of NATO in confronting the new 21st-century Cold War between Russia and America. A major difference, however, is that in American bi-partisan policy-making the Neo-Cons are still influential.  They live in the world as it was thirty years ago, minus the strategic brilliance of Ronald Reagan, and they are now facing an opponent perhaps equally brilliant.  Furthermore, they are constrained by policymakers with little sense of history.

Above all, the NeoCons have never appreciated the difference between reality and its manipulation by those whose highest strategy in a standoff between two nuclear powers is to control the strategic thinking of the opponent.  The U.S. is a decisive underdog in dealing with another nuclear power if the strongman in this power, Putin, can convince President Obama that he, Putin, is crazy.  This is the key to psychostrategic warfare.

As Herman Kahn, author of Thinking the Unthinkable, used to say, the ultimate weapon for deterrence is escalation dominance through what we might call mimetic warfare, meaning words or symbolic acts designed to manipulate the mind of the opponent.  This was analyzed in an article entitled “Psychostrategy: A New Concept” in the March-April, 1965, issue of Survival, Journal of the Institute for Strategic Studies, London, republished in Japanese in the October, 1967, issue of the Journal of National Defense, Tokyo.  In an expanded form this concept of psychostrategy was published in John Erickson’s edited book, The Military-Technical Revolution: Its Impact on Strategy and Foreign Policy, Praeger Publishers, 1966.  This was developed as well in internal reports at the Hudson Institute, which was the first professional long-range forecasting firm for government and industry.

This concept was also demonstrated in great detail in my long article, “The Cuban Missile Crisis: A Strategic Analysis of American and Soviet Policy”, Orbis, January, 1963, pp. 528-563, which was written essentially in draft form in the summer of 1962, three months before the Cuban Missile Crisis.  The theme of my analysis was that Khruschev won the Cuban Missile Crisis, because his only purpose in sending missiles to Cuba was to withdraw them in return for an American commitment not to invade Cuba, which lasted for half a century.  He even obtained the withdrawal of American missiles from Turkey as a bonus.

Putin’s goal in what could look like a potentially nuclear confrontation with America probably is to recover the Ukraine from the West as part of his expansionist policies.  The deal could then be that in return for “liberating” the Ukraine he would guarantee not to liberate the other European lands of the former Soviet Union, though the Russian expansion in the rest of the former Soviet Union would not be part of the bargain.  Putin’s pot could be sweetened by an offer to join the United States in eliminating ISIS as the “ultimate Islamic threat” to everyone by joint U.S.-Russian support of Bashar Asad.

This concept of psychostrategy and mimetic warfare designed to capture the consciousness of the opponent without the opponent knowing that he has been captured may be beyond the capability of newcomers who have never experienced the fine art of intimidation as part of escalation dominance in a nuclear conflict, but this form of warfare is not beyond the power of an old warhorse like Vladimir Putin both to understand and effectively use.

Now comes the Pentagon report from the year 2008 that psychiatrists have identified behavior of Putin that resembles Asbergers Syndrome, which is a form of autism.  An autistic person cannot comprehend or accept reality, especially in dealing with other people, and therefore is subject to emotional drives that cause irrational behavior.  What a dream situation for a military confrontation between America and Russia today, when Putin claims he is defending the original homeland of Kievan Russia in the Ukraine as part of his own identity against a therefore existential threat from the United States.