MUST READ:  The Muslim Plot to Take Over National Parks Exposed! 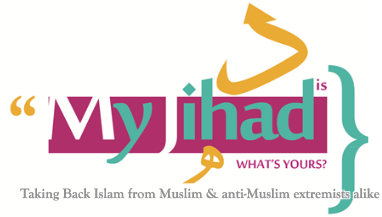 Avi Lipkin is back and once again stirring fears that President Obama — with the help of the Illuminati and the Free Masons, of course — is planning to engineer a crisis in the Middle East that will push 50-100 million Muslim refugees to the US who will then live on property seized under Agenda 21.

As he explained on an interview on VCY America’s Crosstalk yesterday, Obama will use Agenda 21 to confiscate lands such as parks and farms in Texas and the Ozarks in order to create “a Muslim majority in America.”

Later, Lipkin explained that Muslims tend to settle in forests and are already setting up encampments until there are about 50 million Muslim forest dwellers.

They go to the country where the President is a Muslim of a Christian country; that’s Obama, that’s the US. You’ve heard of Agenda 21 right? Agenda 21 means the US government can confiscate national parks, national forests, resources, big farms. The King Ranch in Texas is the size of Rhode Island; you could confiscate that ranch and put in 5 million Muslims there. I drive all the time through Texas and Oklahoma, the whole place is full of beautiful forests and mountains and lakes and there are very few people living there. America is empty, Canada is empty, Brazil is empty, Mexico has room, Europe has room. You’re going to have tens of millions of Muslims abandoning the Middle East — which is being turned into complete desolation by these civil wars — and the ultimate goal is to have a Muslim majority in America. Obama said in one of his speeches that America is the greatest Muslim country on earth, he’s a prophet because that’s what his purpose is.

They bring in say about 50,000 people in one shot in that forest. I heard about this in Virginia, I heard about this in New York, on the border between North and South Carolina, I heard about this in Texas. I go a lot through the Ozarks, I go through Missouri and Arkansas, there is a lot of beautiful pristine country which is completely empty. If you want to bring to the United States 50 million immigrants, you cannot bring them into the cities, you cannot overburden the infrastructure of the cities, cities cannot cope with that, so you build completely new infrastructures in forests, in places where you can plan this, this is being planned.

When a caller on the show wondered if Obama is going to “declare martial law” and follow through with plans “on becoming the dictator of our country,” Lipkin said that while that is a possibility he may not need the help of the FBI and the CIA to pull off the coup since there will be “50 million more minority people in the US” who, with the help of Saudi money and other minority groups, will work to keep Obama in power indefinitely.

Caller: We know that somebody in the Obama group is trying to do away with term limits so he can run again, then we also have the gun control and the government purchasing ammunition and I know before this last election there was some hype about him attacking Iran so he can declare martial law. What I’m wondering is do you think that by 2016 Mr. Obama is planning on becoming the dictator of our country?

Lipkin: That’s a very tough question to answer. If I’m going according to the information that I have, I understand the information that you have and the people that I speak to in America are the same type of people like you who have that kind of information about the dictatorship and the FBI and the CIA turning against Christians, this is possible. I think that what we are seeing is a plan by the Saudis, by the Qataris, by the Islamic world to bring into the US tens of millions of Muslims with a lot of money. Wall Street just hit 15,000 and I think Wall Street will continue to rise because it is being propped up by Saudi money. There are a lot of people in America, you’ve got a lot of minorities who are very happy with Obama and if you get 50 million more minority people in the US, the Christians are being increasingly outnumbered and the people who represent the other ideologies, especially Islam, will be dominant and there might not be need for FBI or CIA because the country is lost. So it’s very important for the churches to wake up, have a Christian revival and put a stop to it now.